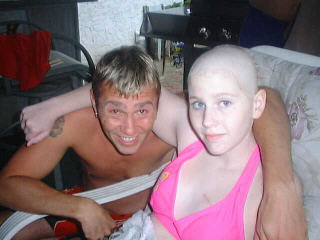 I hope that everyone enjoyed their Thanksgiving this year. It is a very special time to spend with your family and loved ones, so I hope you had the opportunity to do so. Bob and I began our day early by going to Bob's grandmothers. The whole family attend Thanksgiving dinner at grand mom's. We had an early dinner followed by a delicious desert of Apple, pumpkin and sweet potato pies and some home made pumpkin cheesecake. Then Bob and I headed out early to go visit Rhiannon at Saint Christopher's Children's Hospital of Philadelphia. 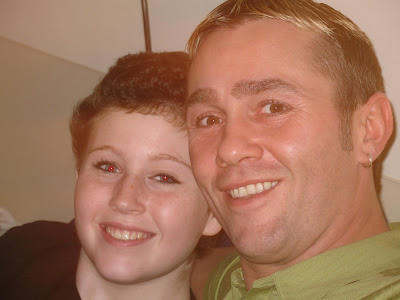 Rhiannon is my thirteen year old niece, the daughter of my only sister. Last year during my daily meditation my grandmother came to me. I was surprised for it has been so long since I have connected with my grandmother. My grandmother told me she was concerned for my sister and I needed to be there for her. Having no idea what she meant I asked her what the concern was all about. All I heard was the word cancer and then my grand mother disappeared. 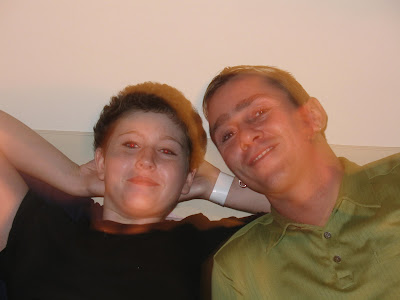 All my grandmother did was confuse and worry me. I'm not as close to my sister as I was back in the day, so I was lost on what I should do. I began calling her more frequently to bond with her a little more. I really was not sure how to mention my grandmother's visit to her, so I didn't. I waited a while and then it was too late. In June of 2006 twelve year old Rhiannon became sick. Soon after she was diagnosed with Rhabdomyosarcoma. 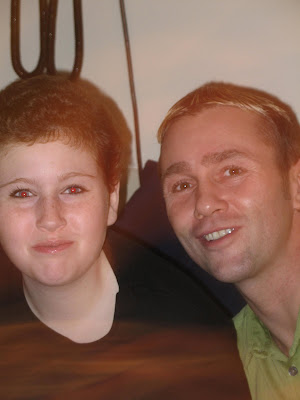 Rhabdomyosarcoma is the most common of the soft tissue sarcomas in children. These tumours develop from muscle or fibrous tissue and can grow in any part of the body. The most common areas of the body to be affected are around the head and neck, the bladder, or the testes. Sometimes tumours are also found in a muscle or a limb, in the chest, or in the abdominal wall.

The causes of rhabdomyosarcoma are unknown. Research is going on all the time into possible causes of this disease. Children with certain rare genetic disorders, such as Li Fraumeni syndrome, have a higher risk of developing rhabdomyosarcoma.

Treatment depends upon the size of the tumour, its position within the body, and whether it has spread. Treatment of rhabdomyosarcoma usually includes surgery, radiotherapy or chemotherapy, or a combination of these.

If at all possible, surgery will be used to remove the tumour. Chemotherapy, using a combination of drugs, is often given before surgery to shrink the tumour. Radiotherapy may also be given to the area of the tumour, particularly if it cannot be completely removed by surgery.

If the tumour cannot be removed with surgery, treatment will usually involve a combination of chemotherapy and radiotherapy. Chemotherapy is the use of anti-cancer (cytotoxic) drugs to destroy cancer cells and is usually given every three weeks.

Radiotherapy treats cancer by using high-energy rays that destroy the cancer cells, while doing as little harm as possible to normal cells. It is given to the area where the rhabdomyosarcoma occurs. 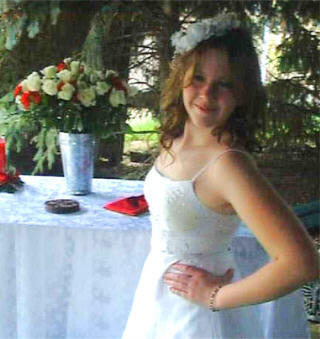 Rhiannon was treated with all of the above methods with the exception of surgery. The tumor dissolved and the cancer was undetectable. After six months of extreme cancer treatments Rhiannon was sent home with a clean bill of health. The first tumor was located in her upper leg and caused severe pain and affected her walking. Recently Rhiannon became sick once again and is now back in the hospital. Another tumor was found, this time between her kidneys and a main artery. She is undergoing more chemo. and can not receive any more radiation during this round.

Rhiannon is very high spirited and remains very strong. We visited her on Thanksgiving and she seemed to be her normal self, which is good. She enjoyed her Thanksgiving dinner and ever came back for seconds. Bob and I hung out with Rhiannon and my sister for a few hours taking pictures and trying to bring some cheer to the room. It was odd that some of the pictures of Rhiannon and I would not turn out without weird bright lights surrounding us. Coincidence? Bad Lighting? Or Angels watching over Rhiannon and all the children within the hospital.

Thanksgiving dinner was prepared by a family who lost their 8 year old son last year from cancer. The woman recognized me soon as we walked into the hospital from America' Psychic Challenge. She became overwhelmed with excitement when she saw me come through the doors telling everyone in listening distance who I was. Her and her husband worked hard in the kitchen cooking Thanksgiving dinner for all the kids in the hospital.

I was touched by her ability to move forward so quickly after loosing her eight year old son Frankie to cancer only eight months ago. She said she spent so much time in the hospital with Frankie that her and her husband felt they needed to give back. They have set out to help other children suffering from cancer and their families. What a wonderful thing to do for others. I wanted to pull them aside to give them a reading but it did not feel appropriate to me.

Beings it was a holiday and we were in a hospital I decided it was not the time or place. I'm sure I will have that opportunity in the near future. There are so many children out there suffering from cancer that could use some support. With the holiday's approaching it make for a perfect time to help out others in need. I know we are going to be bringing some toys to the kids in St. Christopher's this holiday season.

Please visit the web sites below to read about or to support Rhiannon and Frankie's family. Ever a simply email can make a child or family smile. With Love And Light.....JOSEPH