Today I returned to work after being contained to the bed and couch for the past week. After two days at the hospital suffering from high fever and severe pain, Spirit was sure to get the message across to me. Being overwhelmed with work tends to take a toll on you and your health if you do not take a break. I knew I had to take some time off and we planned for going to California in March, but that was not soon enough. So I found myself sitting hear wondering what was this lesson with this one, for sure there is a message. When you feel that you need a break, you do, and your health is most important. So Bob had to cancel all my appointments for the past week. During my time doing absolutely nothing, I became addicted to myspace. Now I have a page there. LOL.

Today I was feeling much better and went back to work. I love what I do and know I needed a break, but missed working. One of today's sessions included a young man I will call Jay. Jay wanted to make a connection with a loved one, but did not mention who. Being a medium I would rather not know, let me tell you who the connection is. Well Jay received his wish and made two very life changing connections.

This was the first time Jay has ever been to a medium or psychic, he was a bit nervous. Instantly I made a connection to several energies, the most important being his brothers. Jay also made a connection with his godmother and a friend. Jay's reading went into a very emotional and healing state. Michael was his main connection, I could see him clearly and then he gave me his name. Both of the deaths of the young men that came through to me were very tragic for the young man. His brother continued to repeat himself telling him to stop feeling responsible for his passing, there was nothing he could do to prevent it. One of the young men told me he hit his head, the young man confirmed by telling me that he ran into a car on his bike head first. Right before the accident he told him to wear his helmet and he did not, now he feels responsible. Listen, we are responsible for our own actions. He told him to wear a helmet and he didn't, that was his choice and not his fault. After helping get through the feelings of guilt the reading took another turn. The lecture from his loved ones began coming through. They warned him to get help for a problem and that he will make it through. It was all about encouragement and guiding him on the right path of recovery. This was one intense session. I felt so much remorse for the young man and know in my heart that this has healed him in a way that was well overdue.

Then there was a phone reading with a skeptic I will call Sam, and his wife Lisa on the other end taking notes. Sam's connection was also instant for me, this time with a father figure. His father was a strong energy bringing through details of his passing and current health issues Sam is battling. What makes this reading interesting is that I though it was funny. Sam's dad was a trip and wanted to make sure his son knew he was watching over. I remember relaying several messages to Sam and him responding with a no and his wife reminding him that I was correct. One message his father mentioned him moving his cane the other day. Sam said no and his wife said "Yes you did Sam, you moved it from the closet the other day".

Such a specific message and still a response of no. This happens often when I run into skeptics. That is one reason I record my sessions. Usually when they listen to the tape it all sinks in. If Spirit want to get a message across they are going to use any means to do so. By the end of the session Sam was completely convinced that it was in deed his father coming through.

I have been contacted by a few people in reference to my 2008 predictions. One of those predictions includes the major eruption of a volcano. On January 10 the news broke out about a volcano is Ecuador with some activity. Below is a short article that I found about the volcano. I'm not sure if this is what I was picking up on, we will have to see if it does erupt more. I still get pulled toward Hawaii and think one will happen there. There is a good chance there will be two big ones this year. Mother nature is going to pound us good in 2008. 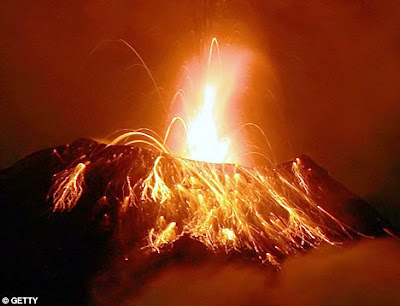 The 16,575-foot volcano, 80 miles southeast of the capital Quito, has started to send shafts of molten lava into the sky after a fortnight of spitting ash.

Patricia Mothes, a US expert on volcanoes, said Tungurahua "is preparing to generate, in days or weeks, a great eruption."

She said that could mean pyroclastic flows -- blasts of volcanic material "that descend at high speeds and burn everything in their way."

Next prediction was that of problems with food poisoning and a food scare. On January 7 TH a company recalled 13,000 pounds of ground beef. Luckily no one was killed this round but this is not the end. This should teach us to always wash your hands well before touching food and wash food like vegetables. This is just a warning and I believe that this was not one of my predictions coming true. 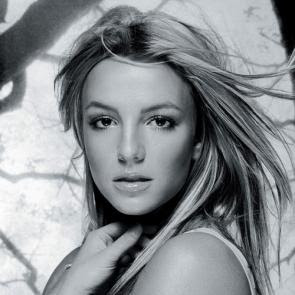 Finally we come to poor Brittany Spears, well maybe not so poor. I feel bad for Brit and the paparazzi are going to drive her mad. What worries me about her is that I can see her ended up in an incident with the paparazzi like Princess Diane did. They need to pass some laws to keep them celebrities safe and give them some personal space.

I mentioned in my 2008 predictions that I saw Brittany pregnant this year. Now all over the news you see that Britt was out shopping for a pregnancy test. I don;t think she is yet. That's the key, yet. Another thing I see with Britt is police all around her, not sure why. Could it be a flashback to OJ and the police chase? Or maybe worst? She is so talented and it is a shame to see her flush it away. She needs to pack up and move away from LA and she would be fine.
Till the next time, god bless you all and live life to the fullest.
Blessings
Joseph

Mr. T., re the volcano thing, there has been unprecedented volcanic activity in the past year +. Just in the past few days, Chiapas, Oaxaca and Baja, British Columbia, Indonesia, Australia and to the west of them, AK and most definitely HI. Oh, and the Western Coast of Brazil too, along with CA. It's scary - too much is going on.

I would like to know if you see anything like a catastrophic pole shift happening in the next few years, or if it is just going to be disaster after disaster. I wish one day soon all of this ends without killing too many more people.