I know it has been a while since I had a chance to blog, sorry blog addicts. Things have been a little hectic for me going into my favorite season of all, Fall. October always seems to be my most busiest time of the year. I'm already completely booked solid for the month. I have been also trying to prepare for our big Breast Cancer Awareness event on October 28. For those of you who do not already know, October is breast cancer awareness month.

Yesterday I discovered a web page on Lifetime televisions web site for the new up-coming show that I participated in. I'm looking very forward to the premier of "America's Psychic Challenge". I called Lifetime yesterday to get permission to announce the new show and my appearance on the show.

America's Psychic Challenge begins October 12 at 10 PM on the Lifetime network. In case you miss the first episode, be sure not to miss the October 26 episode. I'm looking very forward to the entire series. The show has a great concept and I know it will go over really well. So Don't Miss It!

The Travel channel just announced the dates on their web site for the new show Mysterious Journey's. As you may recall Bob and I had spent the night inside the most haunted prison in the world, the Eastern State Pen. The experience was filmed by the travel channel for an episode of their new show Mysterious Journey's. I'm looking very forward to seeing this one. I can't wait to see what they actually show out of all the experiences we have had there. The show will air several times. For a list of dates and times you may click on the following link: http://travel.discovery.com/tv-schedules/series.html?paid=26.13789.121278.33573.x&start=10 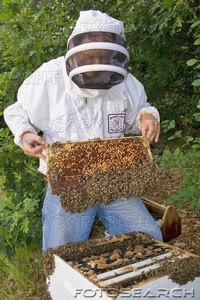 Now on to a new subject, experiences with past readings. A week or two ago I had a very nice woman come for a session. Immediately her husband came through loud and clear. She did not at all seem surprised by her husbands strong connection. So many validating things were coming through for her. Then her husband began showing me swarms of bee's. I hesitated a moment to try and figure out why he would be showing me so many bee's. Nothing else came to me but more and more bee's. I turned to my client and said "you're husband is showing me swarms of bee's. Do you have any idea why he would show me this?" She smiled with a tear of joy and validation and then responded "I knew he would bring up those dam bee's! He was a bee keeper and loved his bee's. He brought home fresh honey and bee's wax all the time. He was very proud of his bee's". An amazing message for my client from her husband to bring the validation and closure she needed in her life. 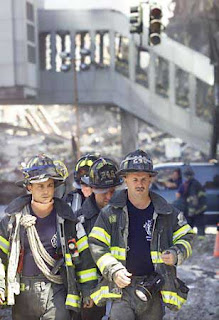 A few weeks ago I was at someones home for a private home gallery. A fun group of woman that were about to get a huge validation from the other side. I'm not sure of all the details, I just strongly remember the vision I was seeing. A very Strong energy came to me and I was receiving the date September 11Th. I paused a moment before bringing this message out to the open. I wanted a little more then just a date. Then the strong image of the twin towers on fire took over my head. Then I told the girls I was seeing the 911 incident in New York. I was also seeing a firefighter and worst of all I was seeing people jumping from the building. I was felling that there were several connections to this date and incident. Immediately two woman in the gallery raised their hands. One woman lost someone close to her in 911, while the other woman's husband is a firefighter that helped out with the disaster.

This was not the first time that I had connected with someone who passed during the 911 attach on the twin towers. What was so amazing to me is that the one woman's husband that passed during 911 was coming through thanking the other woman's husband for helping out during the disaster. There was also another firefighter coming through during this session who was also killed during 911. He was a friend of the firefighter that survived. Such intense and validating messages bringing closure and healing into their lives.
Posted by Unknown at 10:01 AM