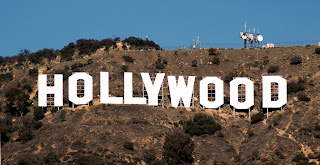 Today was a great day with some good news that came my way. Last week I anxiously waited around hoping to receive a phone call from producers in California. I was fortunate enough to receive a few calls from them in the past and to go through several interviews. Thursday of last week I did receive another call from the producers. I was happy to hear the news that I was chosen as a possibilty to be a part of the filming. What this meant exactly was a little unclear to me. I was not yet chosen for the filming, but there was a possibility. Next would come release forms and a contract.

I filled out all the appropriate papers that were sent to me next day and I returned them the same way. Today I received another call from the producers. I was informed that I have been chosen to participate in the filming. You could imagine the excitement that overwhelmed me when I heard the news. I wanted to jump up and down screaming, but didn't want to blow out the producers ear drums. I can not really tell you much more about the filming because I do not think I can talk about it until it airs. I will also ask producers exactly what I can write about if anything and also if I can place a link on my site to the shows site.
All of this came to me rather quickly and I know it is meant to be. I had a strong feeling that I would be getting a call from them. I said that to Bob and he reminded me that I strongly believe that God has brought all of this to me for a special reason.
I will know in the next day or two exactly when I will be leaving for California for the filming. I'm not even sure if the filming will even be in California, but its a good guess. I know I will be leaving rather soon, within the next week or two. Please send your thoughts and prayers my way for I am very nervous. I really hope that I do well in the competitions and that the producers have no regrets on choosing me for the show. I'm sure that they will have no regrets and we will all have a great time filming.

The only thing about doing the filming is that now we will have to cancel all appointments. Over the next few days Bob and I will be calling clients to re-schedule their appointments to a later date. Clients will also be able to cancel their appointments all together if they wish to do so. I recommend that they re-schedule right away so that they can get an appointment. I'm sure once October hits I will be overwhelmed with things.
Some of you may be aware that my 13 year old niece Rhiannon was diagnosed with cancer last year. I'm happy to report that she finished her treatments of chemotherapy and radiation last month and is doing well now. The cancer is gone and she will have to go for follow ups over the next two years. I would like to thank everyone for their thoughts, prayers and support during Rhiannon's battle with this terrible disease.

Today I had a session with a very good client Jackie. I first met Jackie's mother when I first began reading the Tarot at the age of 19. Her and the entire family have been coming to see me ever since we first met. During our first meeting I told her mother that she would eventually own several realist ate companies. At the time I don't even think she had her real estate licence. Well she now owns several real estate offices and is doing very well.

Jackie came to me today with some news that I was very happy to hear. About 6 months prior to today her family came to me for a group session. They were very concerned because their father was diagnosed with cancer. I assured them that he would make it through and everything was going to be OK. When Bob told me that Jackie and her mother scheduled appointments with me I got a bit concerned hoping everything was good with them. Well Jackie informed me that her father finished his treatments and is now a cancer survivor. I was very happy to hear that news from her. At the same time I felt bad over the recent loss of her grandmother who came through during the session. She sent a congratulations to Jackie and she smiled knowing exactly what her grandmother was talking about. After the session ended she told me she was pregnant. I'm glad to see good things happen to those who deserve it.
Posted by Unknown at 7:09 PM

Joseph, I am so happy to hear about the TV show, I know when we had you at my home you would some day be bigger then John Edwards. I can't tell you how much your reading did for me and everyone that was here that day. I guess I will have to wait till October to get another reading. Good Luck and my prayers are and good wishes are with you. Thanks for being you. Sincerely, Your South Philly Connection, Kathy Moretti