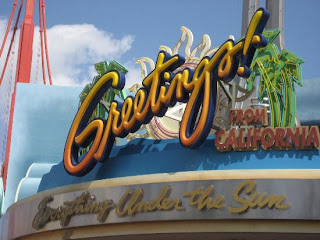 Bob and I have safely arrived in Laguna Beach California late last night. The trip here was absolutely horrible. The worst airline experience that I have ever! I can sum it up in three words, American Airlines Sucks! That is mild as to what I really think of them and how they treat their customers. We were suppose to arrive in Orange County California at 1 PM yesterday and ended up coming in at 11PM.

We had a layover in Dallas and the flight was canceled. Then we were put on standby for three other flights throughout the day that were already over sold. Why the heck they would put us on standby for an overbooked flight is beyond me. It took us demanding to speak to a supervisor and almost being thrown out before we got anywhere. Finally we had a woman from an entire different airline end up helping us. So we went from American Airlines to U.S. Air to United airlines before ended up in Colorado. Hey at least that was a little closer to California then Dallas. Then we went from Denver to Orange County after spending sixteen hours traveling on a 6 hour trip. 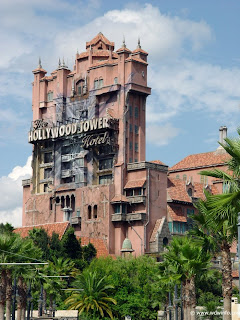 Today we woke up early and headed to breakfast. It was nice having the three hour time different, this helped me awake refreshed. We walked so far in the Dallas airport that my feet and legs are killing me today. With all that pain we headed to Disneyland for the day after breakfast. We wanted to go to Disney adventure park and did not realize to later that we were in Disneyland all day. Good thing we bought a two day pass. So tomorrow we will head to breakfast and then the adventure park. I can not wait to go on the tower of terror. We will go early because we are going to see James Van Praagh in the evening. Looking forward to seeing James tomorrow night. Well folks I'm whooped and my feet are killing me. I will blog all about the experience as soon as I have time.
Blessings all
Joseph Tittel
Posted by Unknown at 2:09 AM

You poor guys - what a terrible but average airline experience! And now with all the Homeland Security stuff and the less than perceptive security people you run a real risk of being hurt or arrested if you speak up in a way that "riles" someone. You must be careful!

Gone are the days of employee owned airlines and personnel that actually gave a damn whether you boarded your plane or not. It's all outsourced now, with employees making close to the minimum wage and just not giving a damn. After a horrendous experience about 4 years ago when traveling via United, I decided to take a train or bus or drive if I have to travel in the states and have enough time. Flying is just too much of a pain in the rear and a nasty experience to do it often. I feel sorry for people who have to fly regularly, because flying just ain't what it used to be! Xtina

I just got back from Laguna & actually saw you & Bob walking past the surf shops/art galleries on Thur March 20. You did a reading for my husband & I last summer @ a home gallery in Princeton and I watched Psychic Challenge because of you - you were great! I'm sorry I was so surprised to see you (even with those great sunglasses) that I actually got star struck for a moment and couldn't say hi. We stayed at La Casa del Camino-next time you're in Laguna you have to check out their rooftop, what views & atmosphere.

Anyway, I wanted to tell you that I thought you should do the show "deal/no deal" They have so much trouble giving the money away I think your talent would be a fascinating twist. You are current, trendy, talented, and extremely likeable for all ages.

You looked right at home in Laguna, good luck with your move.